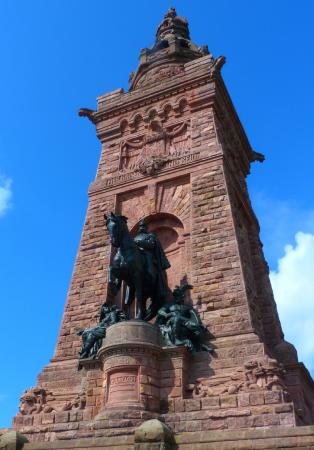 Shortly after the death of the German emperor William I., a monument to his honor was erected on the Kyffhäuser hills in 1896. Built atop the ruins of the Kyffhausen imperial castle, dating from the Middle Ages, the monument's tower rises another 81 meters, a symbolic warning to the opponents of the empire at that time. The unification of the German empire in 1871 under William I fulfilled the people's wish for unity. The dream, so says the legend, was shared by Barbarossa. With that in mind, the monument designers created the unique combination of the German emperor astride a horse and Friedrich I of the Staufer dynasty, better known as Barbarossa.

Location
The attraction is situated on the northernmost spur of the Kyffhäuser hills, which is also the second highest point in the range. The landmark's area includes the ruins of the former Kyffhausen imperial castle from the 12th century and the Kyffhäuser Monument, which was built in the late 19th century.

Directions
Follow B85 between Bad Frankenhausen and Kelbra and look for signs to the monument.

Parking
Paid parking spaces are nearby. 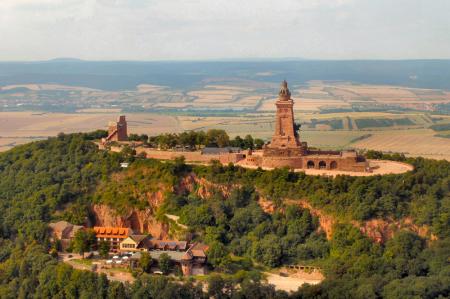 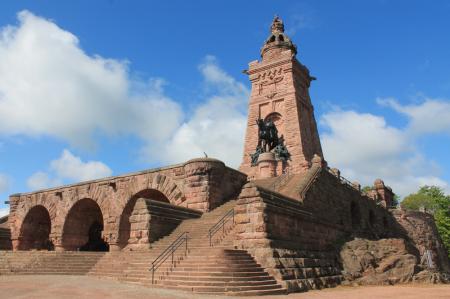 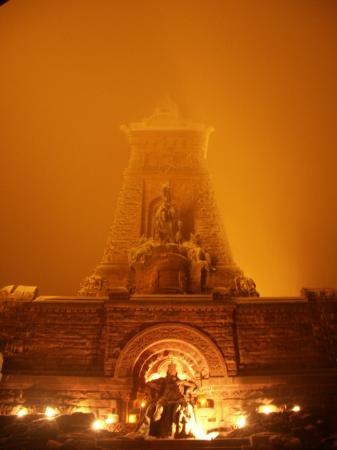